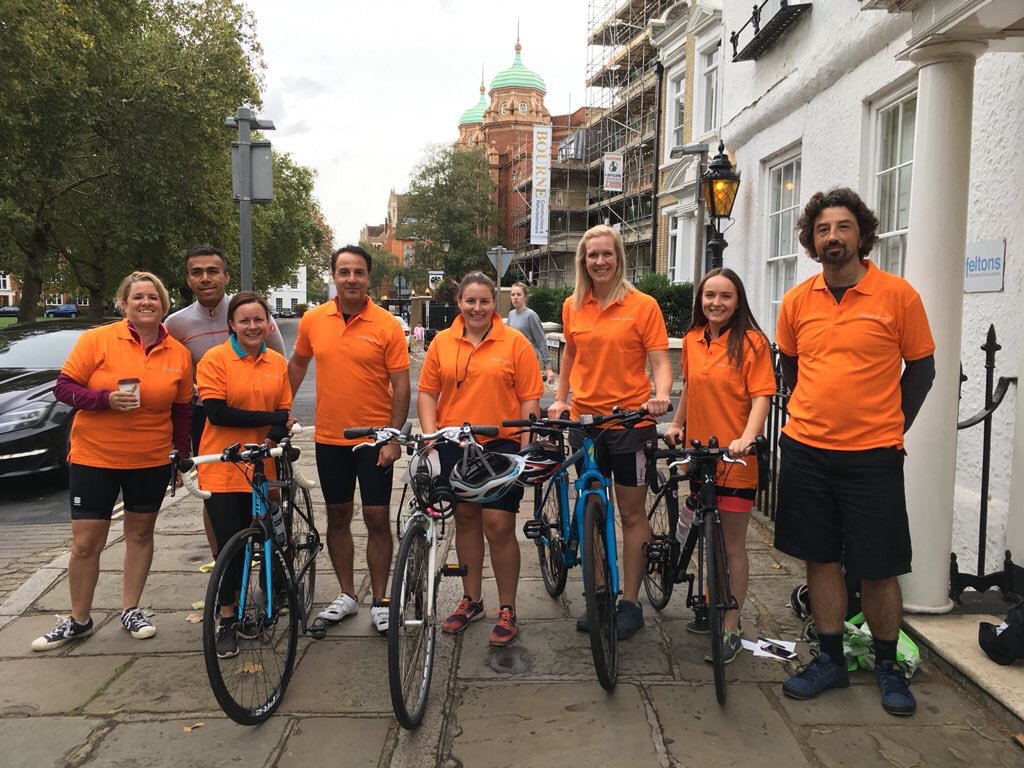 One of the more amusing things I’ve noticed which presumably is due to my sensitivity ie damaged balance system.

Is young women, or more accurately they have a habit of being reasonably small humans, and even ones I don’t know for some reason have a habit of hiding in my armpit as you where, ie too my side, where I tend not to notice them, can disturb my balance if they we do contact, I’ve trod on quite few, or worse! This comes to mind! 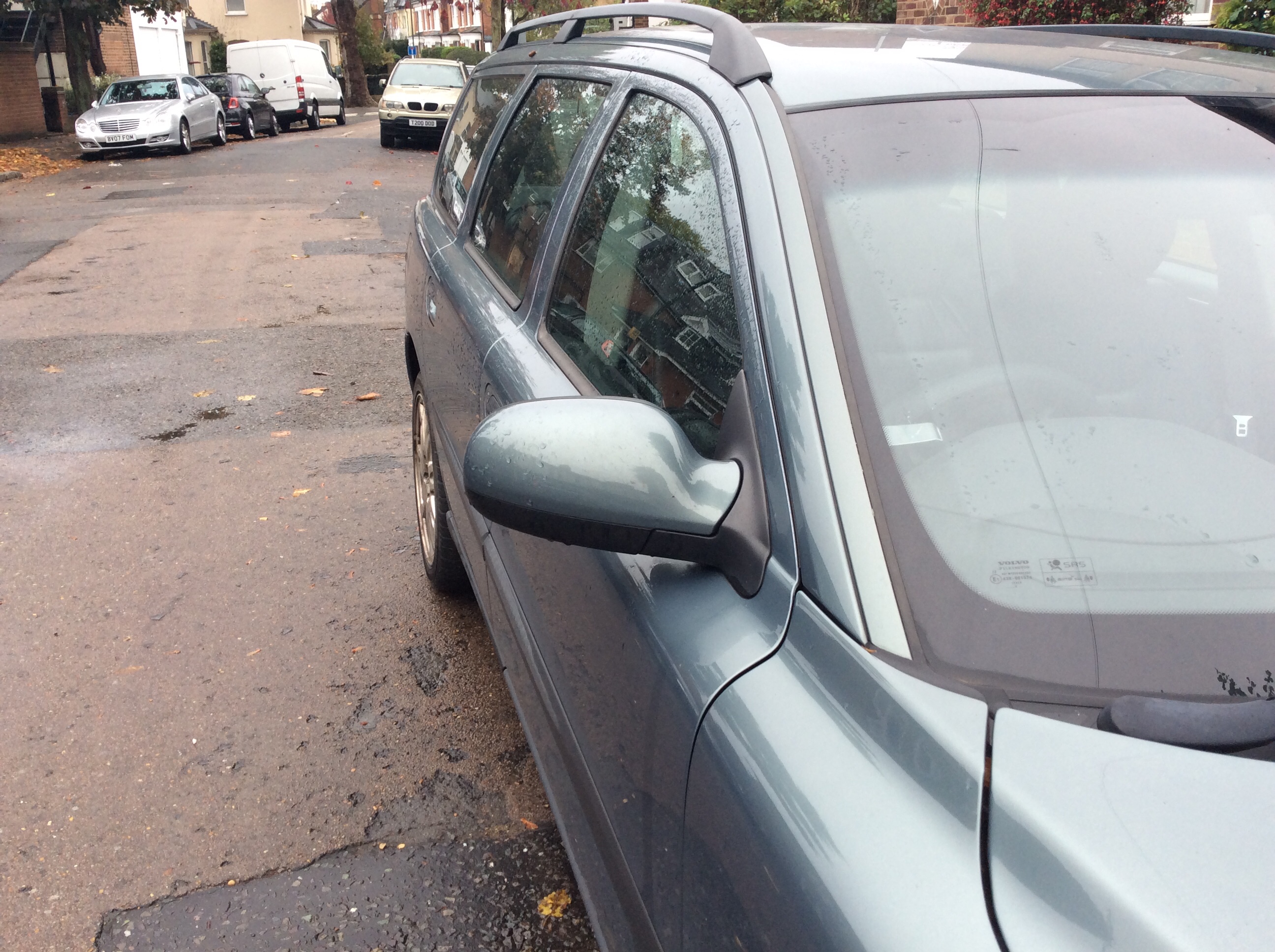 Been a lot of stuff both at home and work last few months, and this weekend has brought it to Ahead, I’ve used all of the Spoons and yet again feel dangerously tired and unable to think, and this being neurological isn’t fixed by one good nights sleep though that would be nice.

I’ve had two episodes of feeling far too tired when driving which is scary and dangerous, this has to stop. 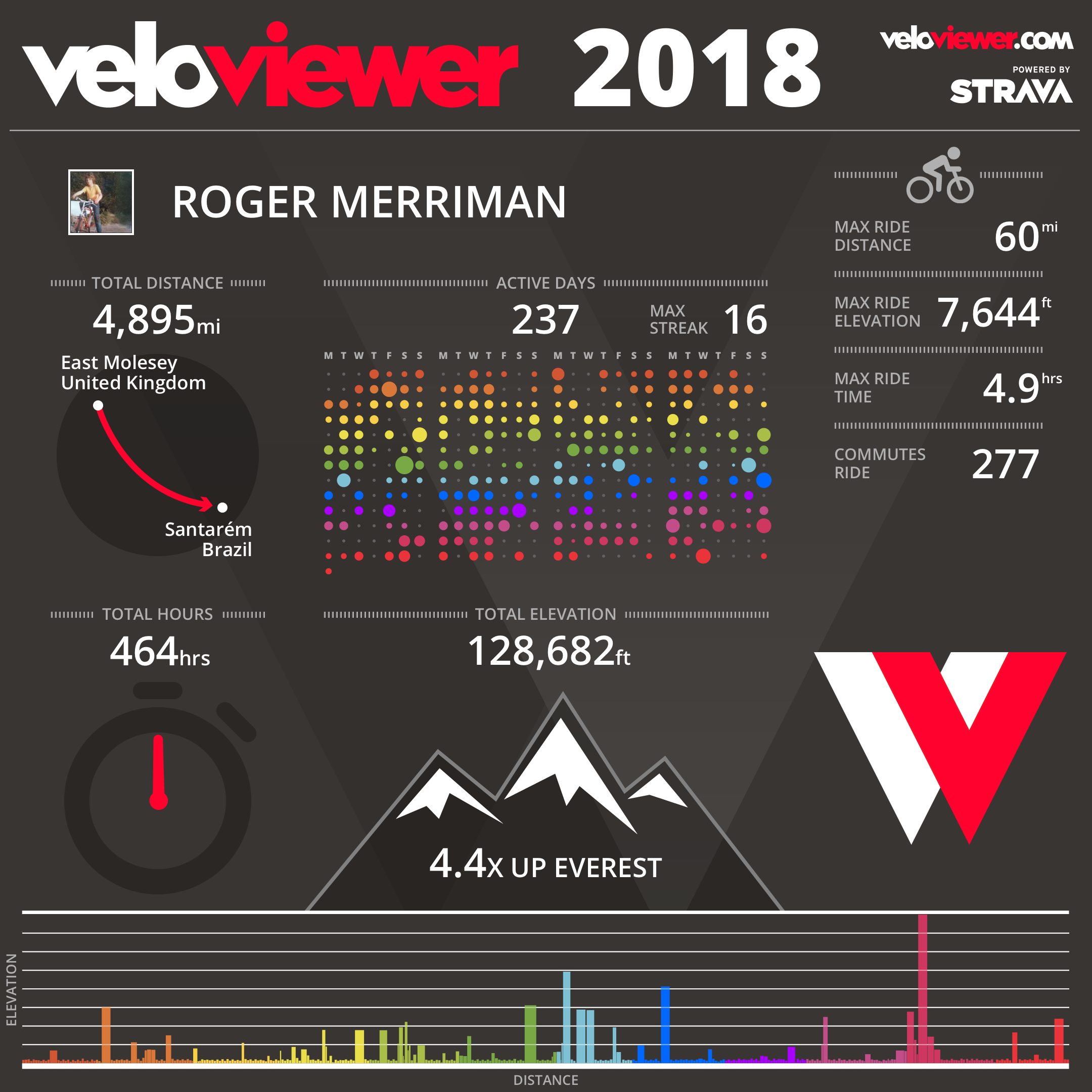 I do quite a lot online, the above is my cycling, recorded by GPS tracking where I am etc. Touch Big Brother though I do find it useful/enjoyable.

I also have shown up on Google Street View and even a Christmas Blog! Oddly I do still use Usenet though it’s not what it was, but 30 years old for social media is quite good!

Christmas? As ever not my favourite time of year, this one has been a git, looking forward though, toying with the idea that a job that doesn’t involve shifts and sleep in, is probably the way forward though no easy task so we’ll see about that!

We also have my mothers 70th, A wedding! And possibly a trip to France? So it’s fairly positive really!

Sara’s Birthday weekend so she needed a new body! And a family skate at Hampton Court followed by a party back home! 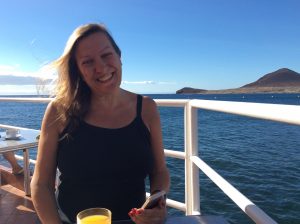 It’s been 10 years! Which I think is Tin? Anyway we decided that we’d go on holiday, to Tenerife to one of the quieter spots, which has worked out well, as Sa gets a sun holiday and I get opportunity to get out on the bike, I find the landscape amazing somewhere between Tatooine and Mad Max! See below photo of the dish from the Millennium Falcon? 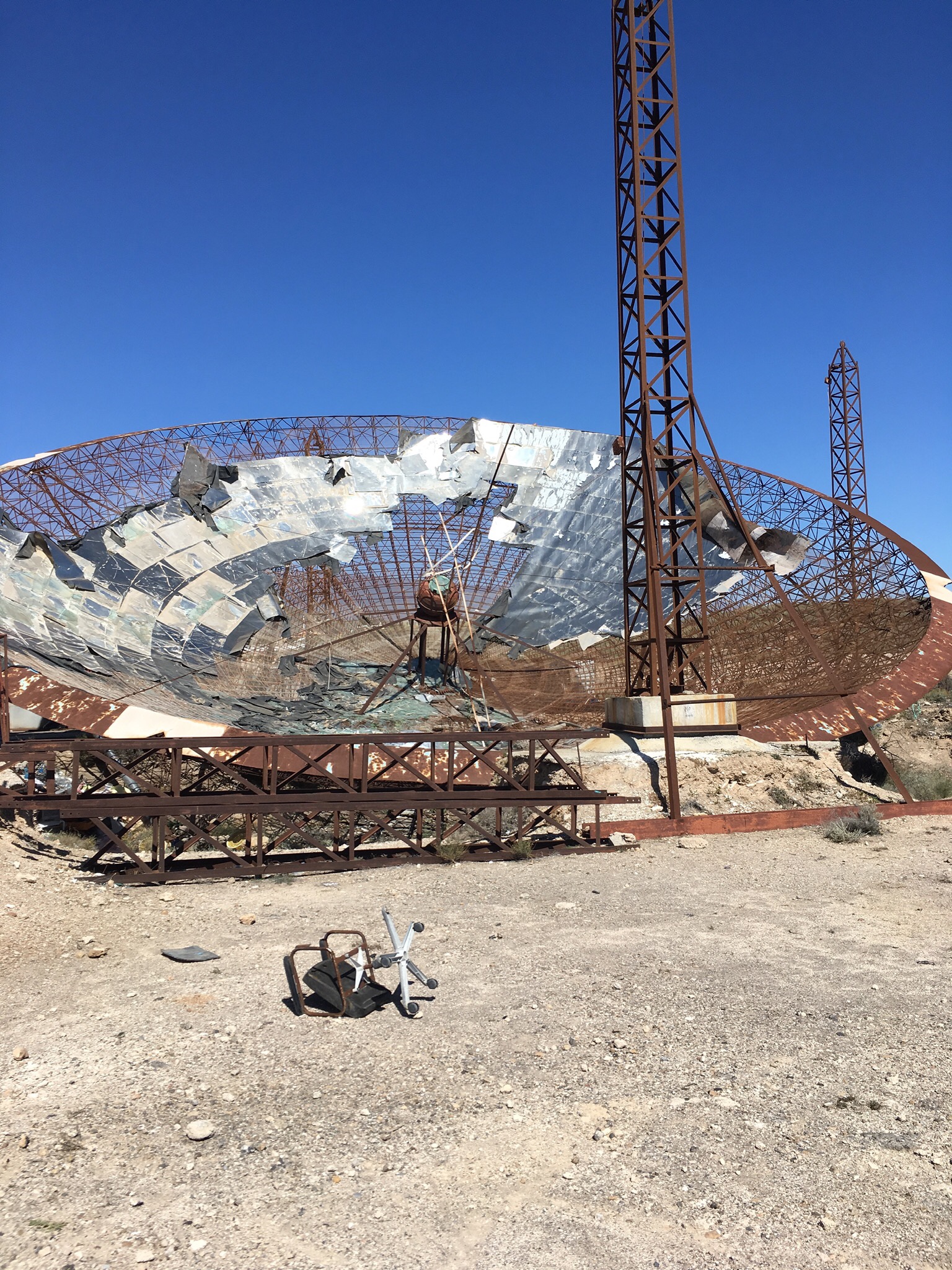 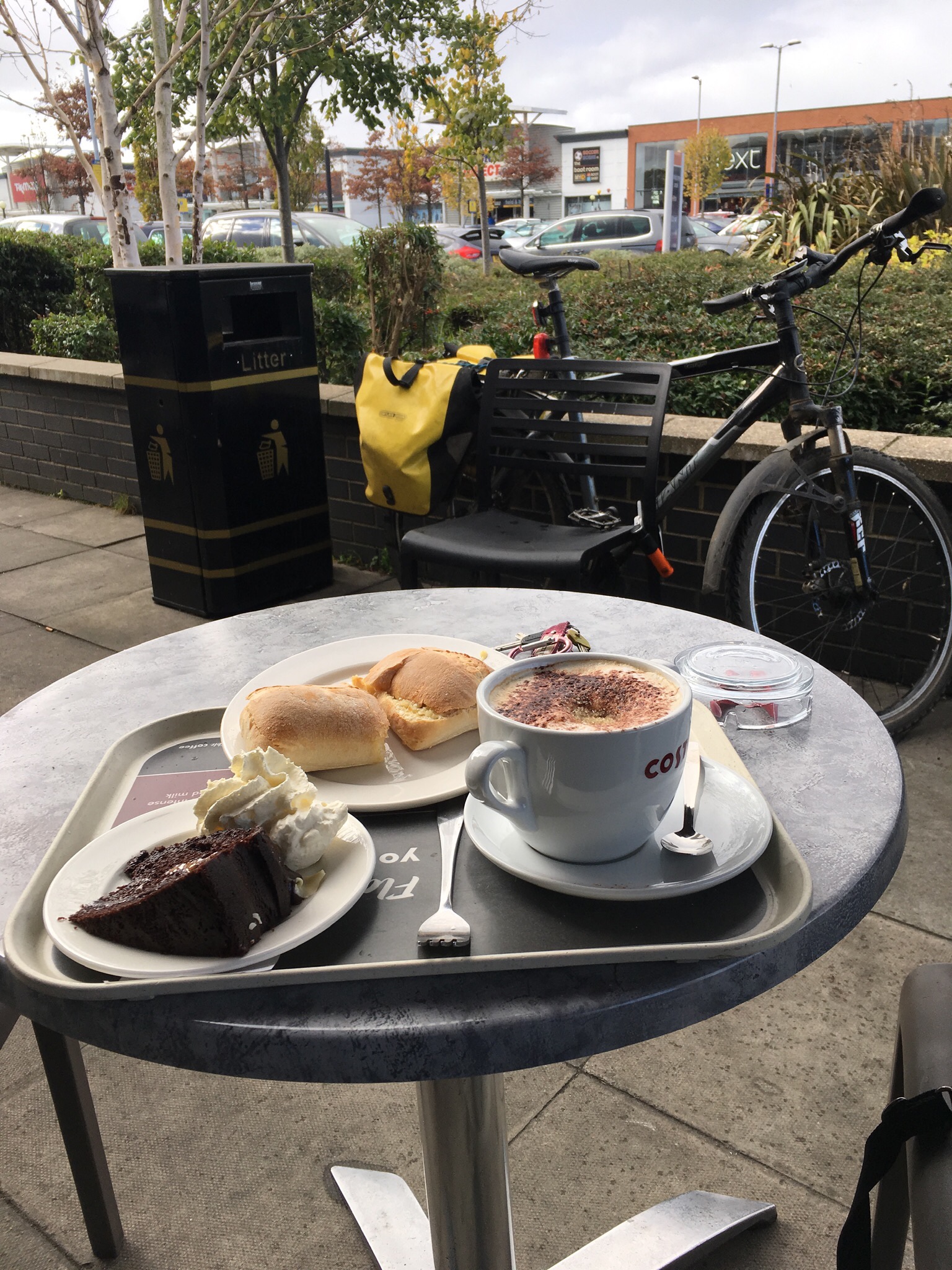 Just over a year ago where I work changed (same company) from being 3 ish miles away to being over 10 miles away.

With the public transport being hilarious slow and convoluted, and no desire to drive in stop start traffic, I’ve remained commuting by bike though I have made changes both to the bike and clothing due to the distance, differences in type of area.

Which are for the bike I’ve fitted nearly puncture proof tyres since the good folks do like to liberally coat the parks/paths/roads with broken glass! I’ve also bought a better for the road bike light, which though not as powerful has a kinder beam shape and a remote so I can flick between high/dip without taking my hands of the bars.

For myself I did get a better coat and have started changing since though I wasn’t sweaty, it wasn’t hygiene to remain in the clothes, plus bike clothes are warmer/cooler etc.

Luckily from Heathrow up there is a long shared path that is traffic if not glass free that goes to and past work, it’s remarkably empty of others be that 6am or 10pm I rarely see anyone! 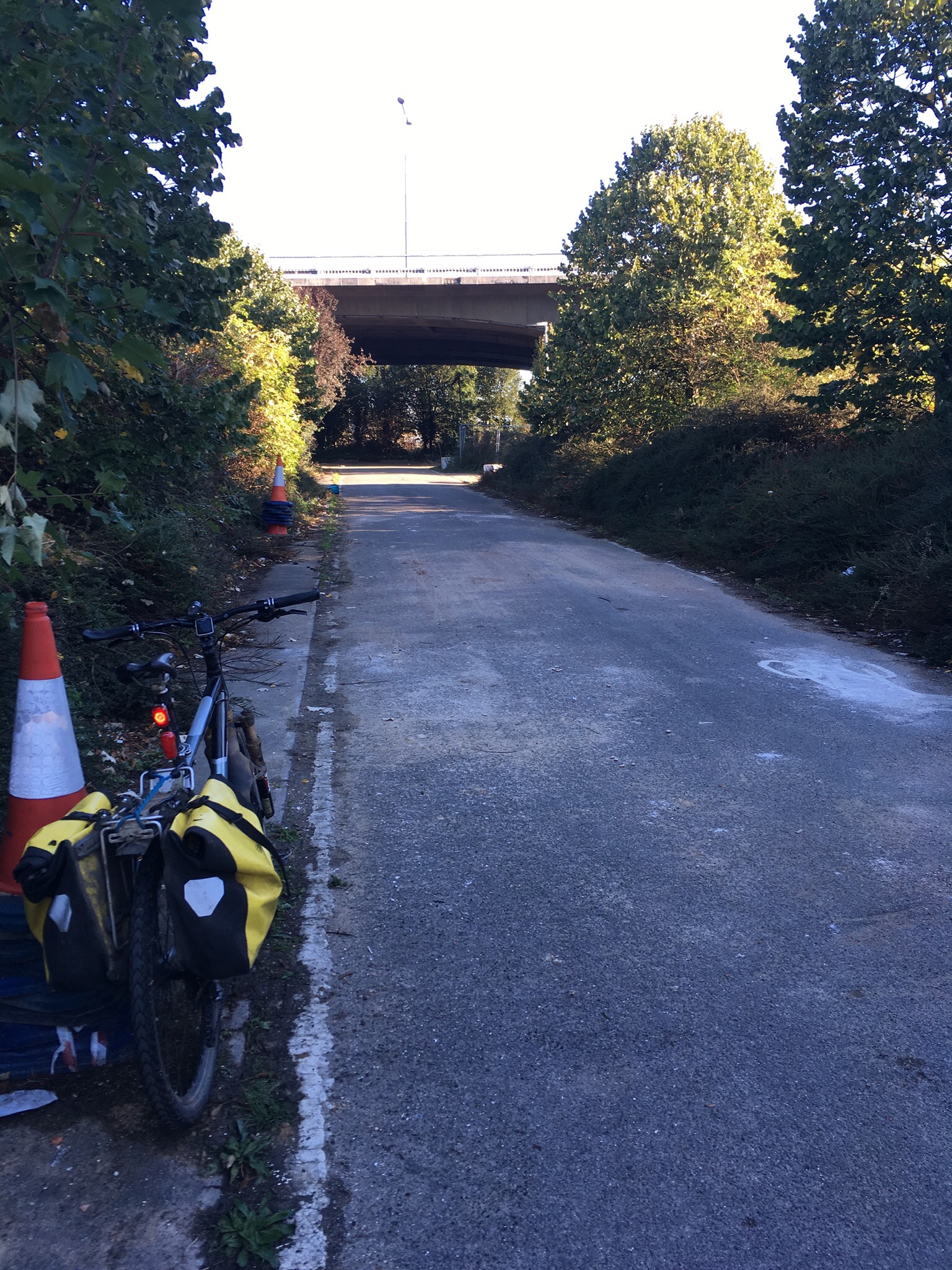 I started off and I have stuck to going via Bushy Park which is a park I love as it’s fairly gently managed. Linking up to Crane Park that follows the River Crane up to Hounslow Heath which is rather lovely it’s self. 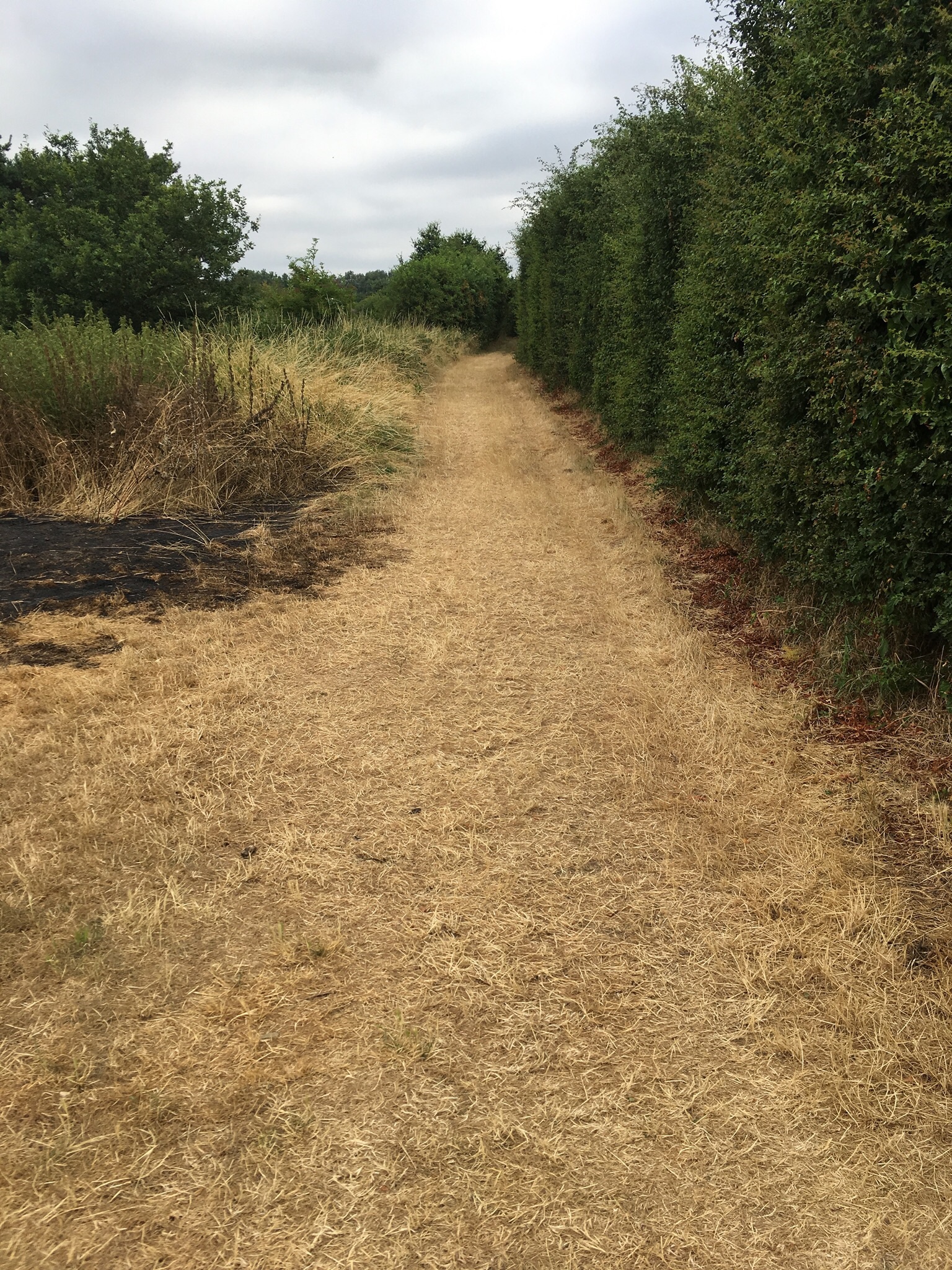 Originally I did use some back roads to connect to the A30 and the shared path running north but was far too much rat running, so I use the main road which oddly is fine. 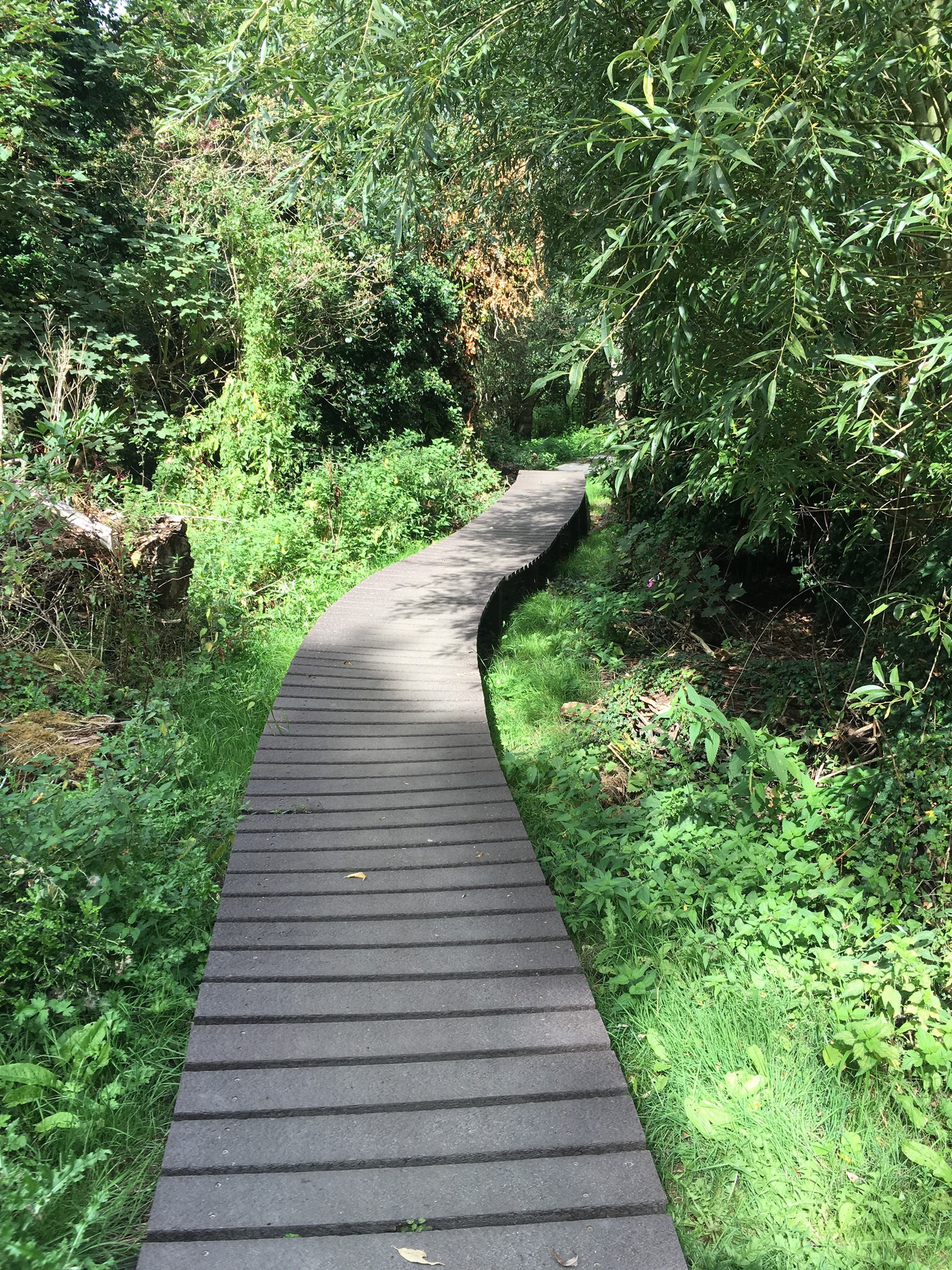 The decking is quite fun, in places it’s tilted which adds to the entertainment!

The route links follows the river crane until Feltham where I pick up some parks, and what not all the way home, it can be a rather wet muddy route but Has no busy roads and very few quiet roads under 2 miles out of 11 miles, my normal route is 5/12 split so close to half and half, that does have some busy roads but still low amounts.

The direct route which is same as the car is a mile shorter but fairly unpleasant roads though less glass strewn and though Heathrow!

All in all I like my new commute, it is longer takes at least a hr and I do need to change etc which adds faff, etc. 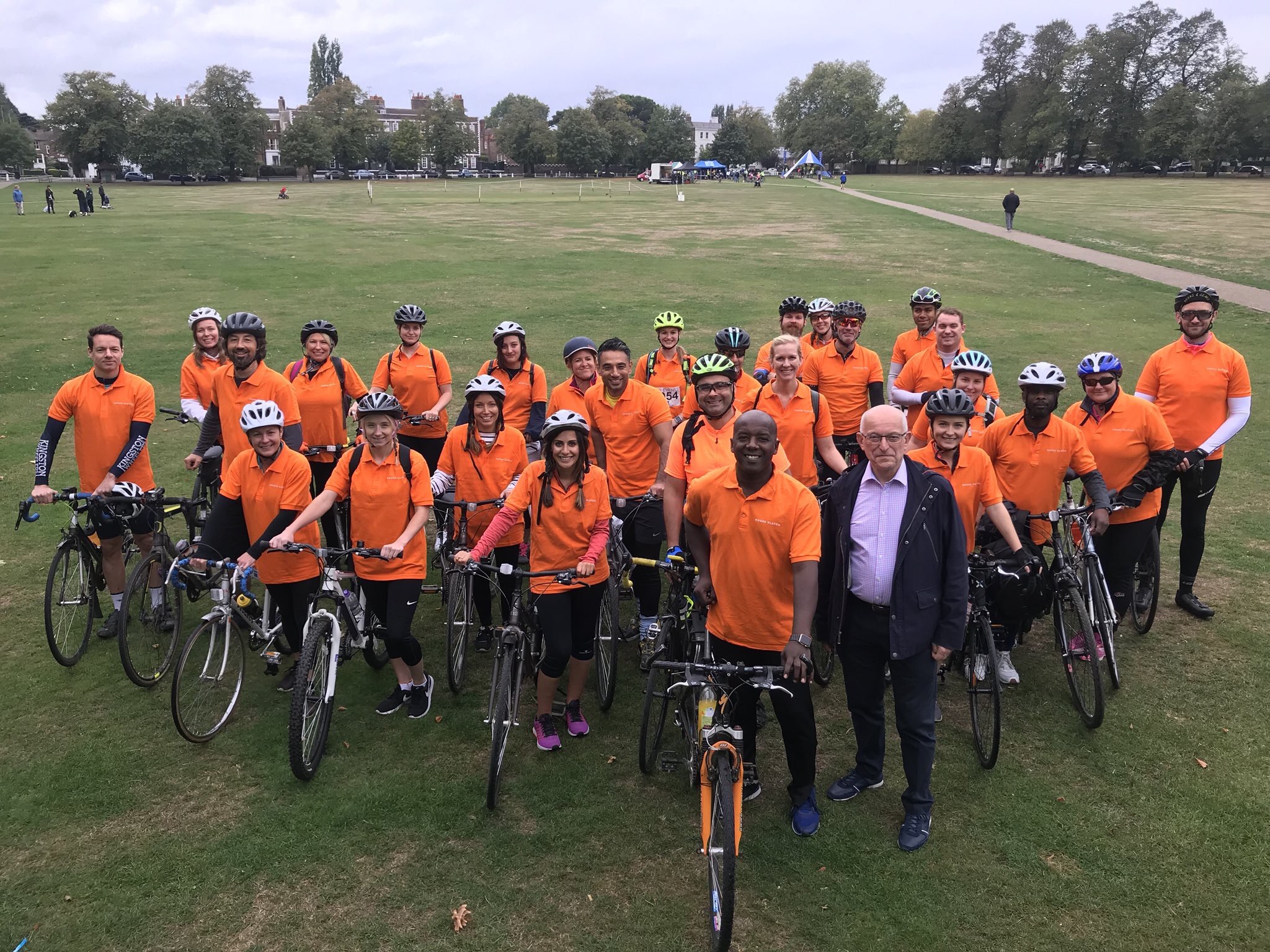 Been a busy while, I did go on the above charity ride with some of the folks I know though Headway South West London was much wetter than expected so rather cold and soggy!

The main thing has been Dad has been in hospital so they could stabilise him, which has been a worrying time. He is out now and if not cured is much better and happier!

We also had some vandalism to our car luckily Sara’s “work Dad” fitted the replacement wing mirror so it’s as good as before!

With all of this plus having shifts so that one of my days off was after a sleepover, I’ve been exhausted hence not managed to make it to Dittons Velo hopefully after the holiday!

I’m pinning a number on my bike again! Not a race I have almost no competitive instinct!

But a Charity bike ride soon for StGeorges Hospital where I was taken to, having been found in Bushy Park having being attacked by aliens or whatever! And have had various assessments and treatments, quite a number where fairly odd though method in the madness in that I’ve improved quite dramatically in some cases. 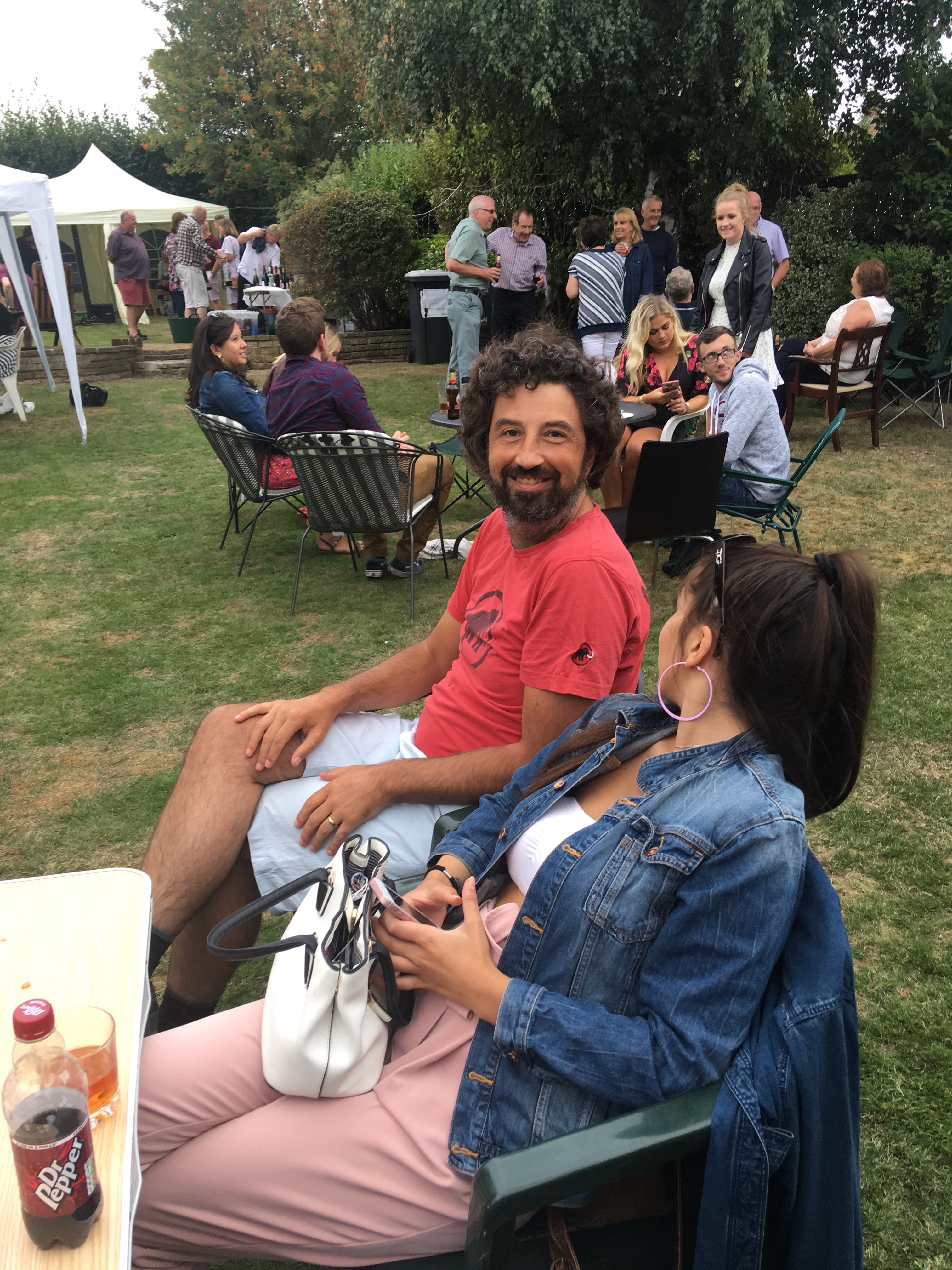 Tracey and Adrian had a “Party for no reason” yesterday which also was my 43rd time around the sun! So there was cake! 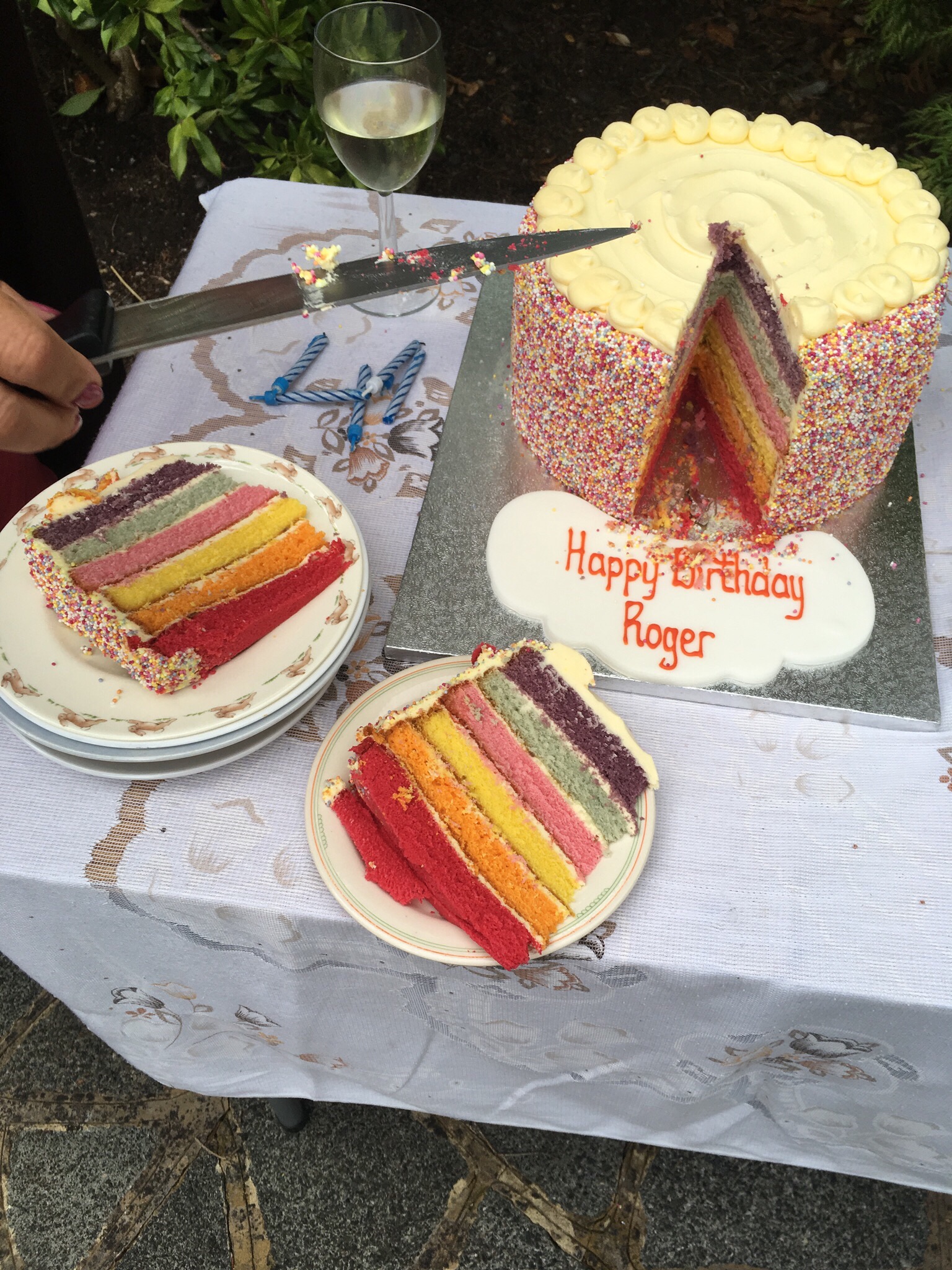 Which was rather lovely! Though apparently very heavy to carry, Sophia who carried it home!

It was a lovely “party for no reason” in spite of photographic evidence there was a lot of people there, and a band! Had a lovely time. 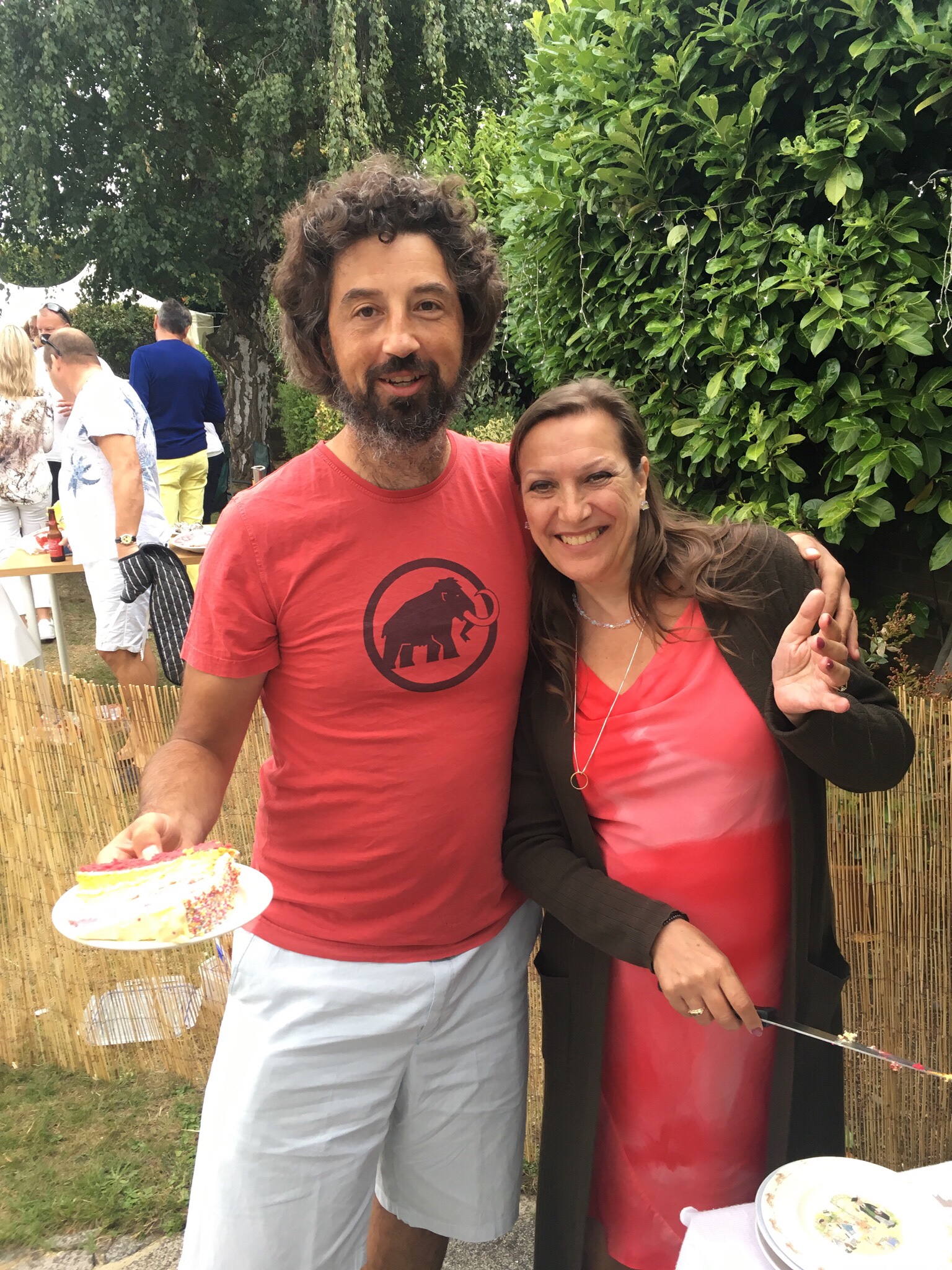 Though we where a little tired when home! 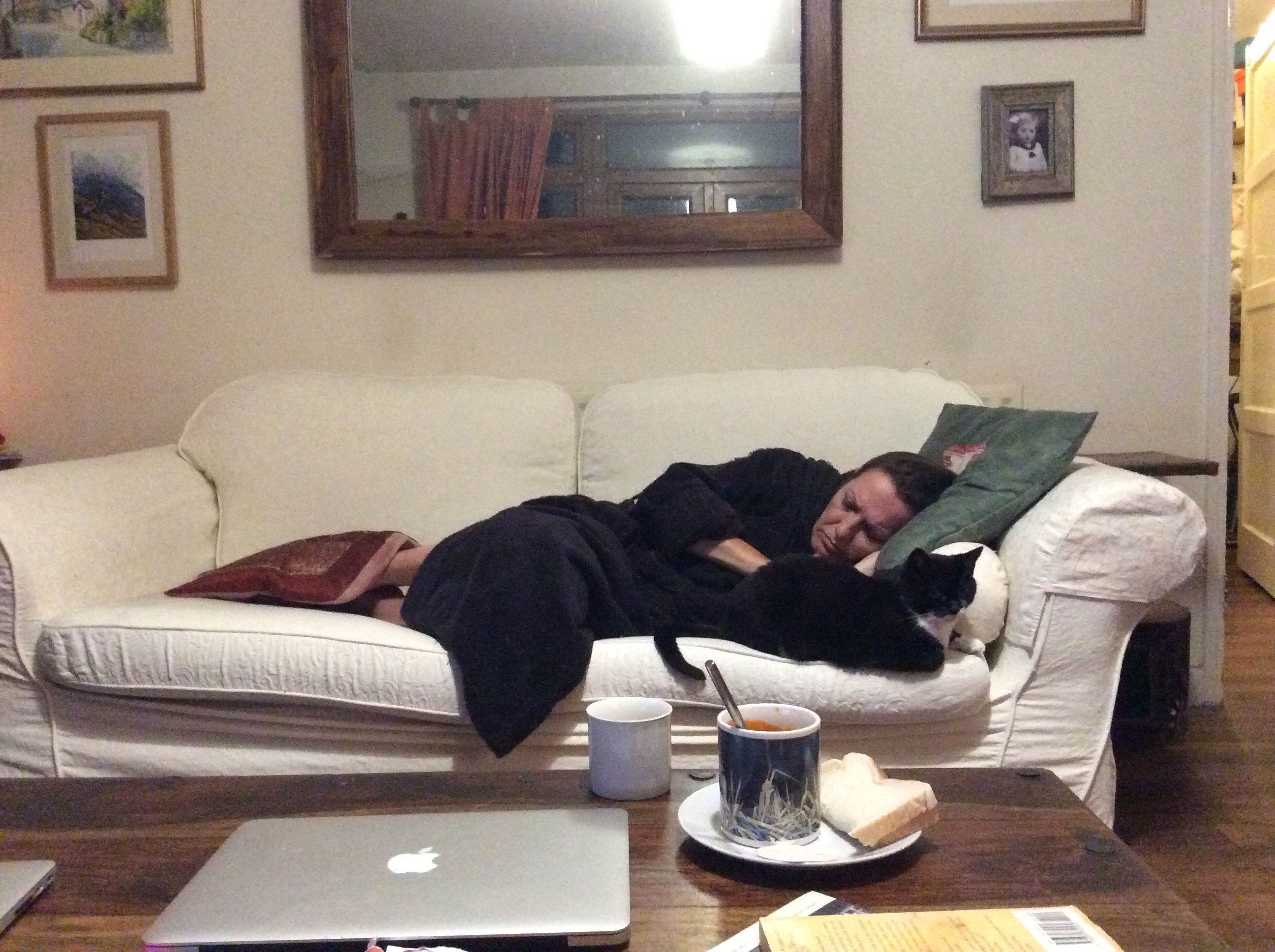 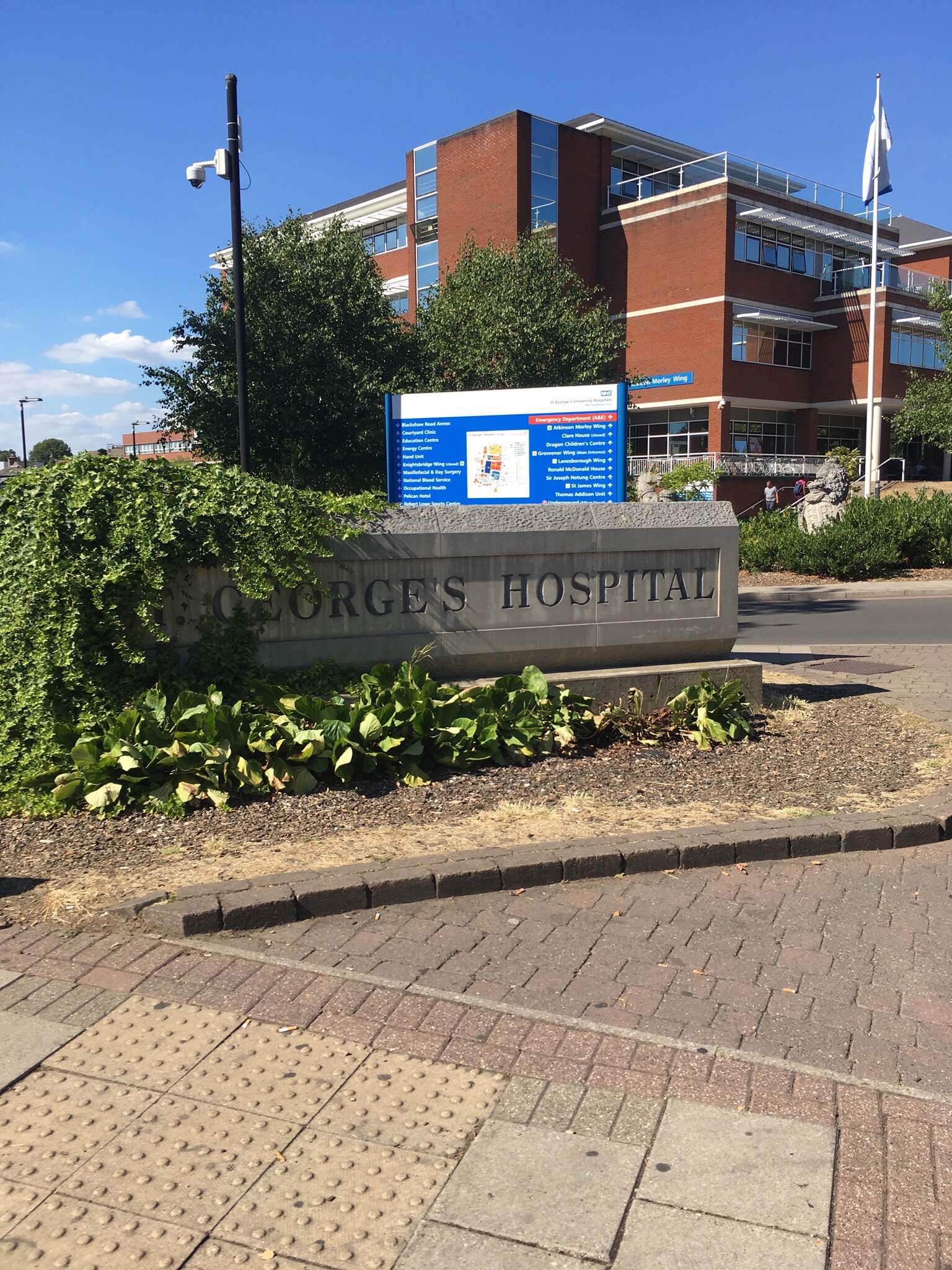 Had my Physio today at St George’s ie having improbable things done to me by young women, and I’ve improved so much, ie was able to walk across a dark park last week, which I’d not have been able to before it’s a real recovery of ability, and she ran a few tests (hence the improbable) such as making me do a reading test, while shaking my head, which I did much better in that I could still read where as before i couldn’t keep focused.

Really happy that I’ve got back so much, and thus I’m discharged which will be great as the whole experience of hospitals knackers me out, plus the bus/train I managed to mildly fall on the bus, no harm done!

I clearly will have to keep practicing or I guess the brain will get lazy? I also found out what it’s called which is Unilateral Vestibular Hypofunction, essentially my left ear, the vestibular system there is damaged, hence the other systems having to take up the slack.

Not sure if that’s the end of Roger going to hospital, I was supposed to see the God of Neuropsychologist I think? Or I may be free but either way today is a good day!