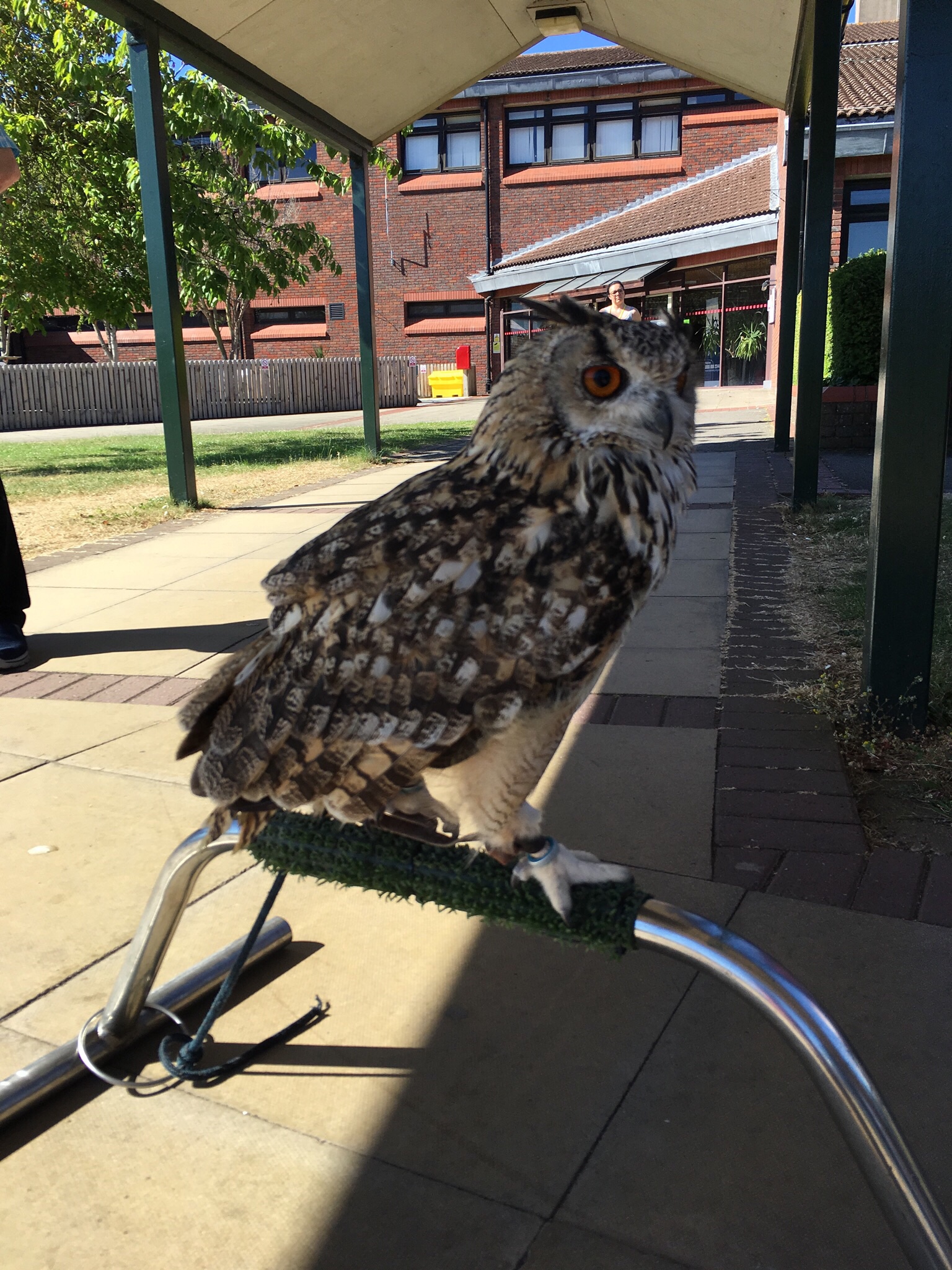 I went again to The Way Ahead which is Headway’s annual conference lots of talks and of course Birds! This time not on ones head though!

This time around I deliberately didn’t go for every talk but spread it out and even took my bike so I could go for short spins. The noise and stimulation was too much last year, this year I was mostly human most of the time!

The talks I saw where oN Health and Rehabilitation which was a bit weak to be honest, but quite interesting ever the less, on the Friday.

And on Saturday I saw a great talk by Mark Bowra about his story, and his Bowra Bags, as ever Sporty/military folks have a huge drive to succeed which I’m sure helps hugely. And after Lunch a talk by Dr David Lee about sleep and Brain Injury which is quite pertinent for myself!

Was also nice and social I had worried that I’d be bored, but I was recognised by various Headway Staff, even if I didn’t myself! And chatted to various others over food/drinks, though one young woman claimed i was Respectable! Which I think may be a compliment of sorts!

Was a lovely if exhausting weekend.