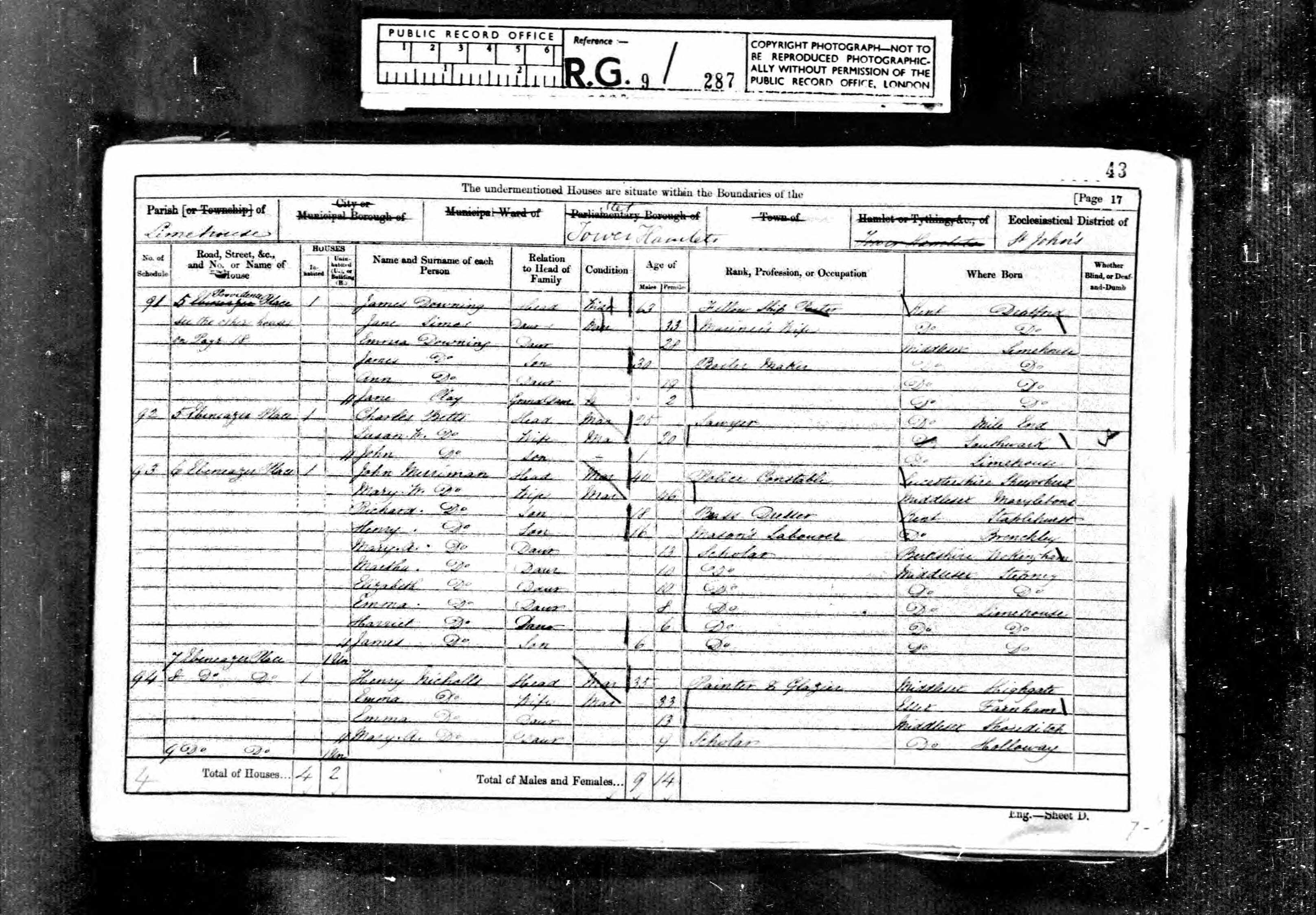 Went to the National Archives to see if I could flesh it out a bit, love to find the claimed link to Ireland but presumably if it’s there (which is likely) is pre most of the census.

At the 1911 census we have John (Claude’s dad) known as Jack living in london with his parents Richard and Annie. Richard was a retired Bass Dresser. 67/54 years old

His two brothers Richard and William who where Science demonstrator/Laboratory assistant 27 and 19 years old for these brothers.

John at 20 was an Architect Clerk where Claude got his inspiration?

And his Aunt Harriet 54 who was a Fancy paper stainer!

Jumping back to the 1861 census the photo above, family are still in London, limehouse, and Richard 18 is a Bass Dresser, his brother Henry 16 is some sort of labourer, his sisters Mary Ann 13, Martha 10, Elizabeth 10, Emma 8, Harriet 6 (future with fancy paper!) and James at 6

Head of the family! John 46 is a police constable, married to Mary, like a lot of families reuse names! Which does get confusing!